This blog is going to talk about several women who have impacted the Auto Industry. From concepts to the production of ideas and inventions; this blog will cover their origin stories and more. A lot has been covered in our YouTube video, as you can see in the video above. So please be sure to check this out. However, this blog will be exploring these concepts in more detail. 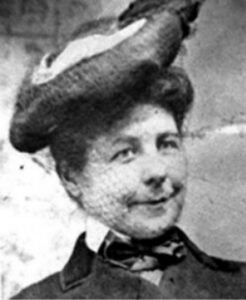 Starting off with the Windshield Wipers. These were originally invented by Mary Anderson in 1903. Anderson had established this idea when riding in a streetcar in New York during a snowstorm. She began to think of ways that would increase visibility in conditions like this. As sticking your head out of the window to see the road a little more clearly seemed a tad dangerous. Anderson designed a hand-operated lever inside a vehicle that when used would clear snow, rain and sleet. 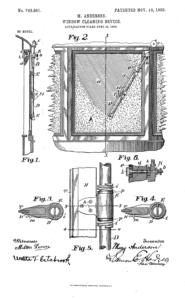 The lever would be connected to a spring-loaded arm with a rubber blade which sat on the outside of the windscreen. It would have to counter-weight to ensure the wiper could remain in contact with the windscreen and once the lever was turned the blade would swipe across the glass.  She received a patent for this invention in 1903 as although there had been previous versions of the wiper, Andersons were the first to work. Unfortunately, this patent expired in 1920 and Anderson never made any money from her invention.

A couple of years later in 1917, Charlotte Bridgewood developed and improved upon Anderson’s origins. She labeled these the Storm Windshield Wipers. Bridgewood’s device used rollers instead of blades to clean the windshield. She patented the first electrically-operated windshield wipers. Similar to Mary, her patent expired in 1920. Her design wasn’t a commercial success until the wipers were fitted to cars a few years after the patent expired.

Neither Anderson nor Bridgewood had mechanical/engineering training or qualifications. They noticed a universal problem and wanted to help resolve it for the safety of the public. 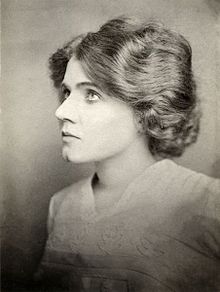 The second and third features that I am going to mention, was actually invented by the same person. Florence Lawrence designed and invented turn signals and brake signals in 1914. With the press of a button, a mechanical signalling arm raised or lowered a flag on the car’s rear bumper to tell other drivers which way the vehicle was going to turn. Shortly after this invention, Lawrence devised a brake signal that when the driver pressed the brakes a ‘STOP’ sign flipped up at the back bumper to serve the same principle…. To alert other drivers of the vehicle’s next move. Lawrence never filed a patent for both these inventions and therefore she never made any money for her work. However, this invention has been the crucial groundwork for the development of indicators and brake lights today as these are a standard feature in every single car. 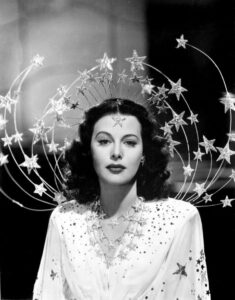 Hedy Lamarr invented the GPS in 1942. Lamarr was an Austrian-American actress who rose to fame in the Hollywood Golden Age. She was also a self-taught inventor who created a frequency-hopping technology that laid the groundwork for future techs such as GPS, Bluetooth and Wifi. 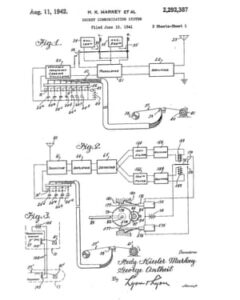 Lamarr was inspired to invent these features to help the allies after German u-boats began attacking civilian ships during World War 2.

She quickly learnt that radio-controlled torpedoes – which was a technology in naval warfare – could be easily jammed and set off course by the enemy. Lamarr and her friend George Antheil invented a jam-resistant frequency-hopping signal that stopped enemies from decoding messages. They received a patent for the Secret Communication System in 1942. Their invention laid the groundwork for technology used for security in military communications and even cell phones. 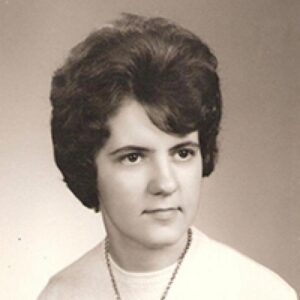 During the freezing months of winter when you’re toasty and warm in your car whilst your heated windscreen defrosts on its own, remember to spare a thought for Margaret Wilcox. In 1893 (yes, 1893!!) She invented the world’s first car heater. Wilcox devised a way to heat a car without electricity. The invention channelled hot air from the car engine into the cabin and this not only kept the passengers warm but also made driving easier in foggy conditions as the regulation of airflow through the car helped to demist the windows. Making it a more comfortable driving environment as it was a lot safer in any weather conditions. This invention didn’t become popular until decades later, similar to a lot of inventions discussed today. This is because heating remained a luxury feature even after enclosed bodywork and glass windows were a standard in vehicles. Wilcox received a patent for this in 1893, a year when women were allowed to file their own patents, and therefore she was able to receive full credit for her invention. 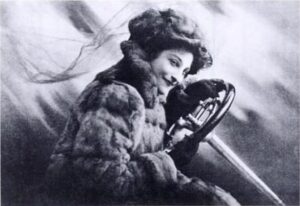 The Rear-View Mirror was invented by Dorothy Levitt in 1911. Levitt was the first British woman racing driver, she held the first world record in water speeds and land speeds and then went on to hold the longest driving record. She was a pioneer for female independence and female motoring as she taught women, such as American socialites and the royal family how to operate and maintain vehicles. In Levitt’s book “The Woman and The Car ” she suggested that women should carry a tiny hand-mirror in a convenient place when driving – not for aesthetic purposes but in order to see behind while driving in traffic. Big manufacturers introduced her concept in 1914, but without a shadow of a doubt, Levitt’s concept has had a major influence on the auto industry and driving today.

These women’s influence on the auto industry cannot be forgotten as driving wouldn’t be the same without them! We thank these women and all women.

Here we discuss the beautiful merging of the Maybach and the EQS to create a fully electric luxury SUV.

THE BEST CARS TO BUY FOR YOUR 2022 SUMMER

From convertibles to motorhomes, we tell you the cars of the summer!